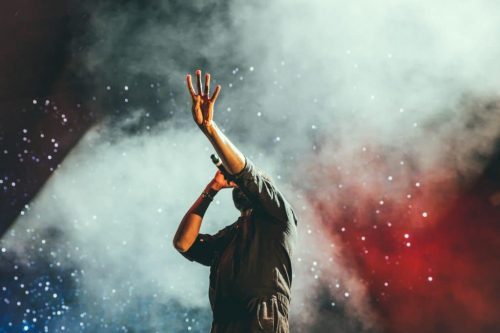 I’m sure you’ve heard the term “rap bar” or simply “bars” before when referring to a rap song. Normally you’ll hear rap music fans refer to a rappers’ “bars” in a positive or negative way: “He spittin dem bars!” or “He got dem bars!”…but have you ever wondered to yourself “What exactly is a bar in rap music?”

So, What Exactly Is A Bar In Rap?

Good question! I’m making this post because I know there are a lot of rap artists (or aspiring rap artists) out there who would like to know the more technical side of these sorts of terms. These artists want to understand what exactly a bar is and what a verse is to better help them structure and create a rap song themselves. So, here we go:

A bar in rap music is a section or measure of music that is a tool for structuring a song. For example, when I’m making melodic rap beats it’s important that I have an idea of how many bars I want each verse in the beat to be. A bar is a fairly short piece of music, normally the first 4 counts in a measure of music. It’s a simple 1-2-3-4 which goes with the pulse of the song and starts over after 4 normally.

To help you better understand, a bar in a rap song will normally consist of 2 rhythmic hits of the main snare or clap. This repeats itself over and over….even if the snare or clap sound is absent because the rhythm of the song continues. The slower a song, the longer a bar will seem to be and vice versa.

I’ve attached a rap beat below to help you get some practice in listening to music and determining the length of the bars in the song and how many bars are in each verse/hook. The rap beat below has an intro of 8 bars before the beat actually drops and you hear the kick and everything. Listen and see if you count 8 bars in the intro.

Remember, it’s the first 4 counts in a measure that makes up a bar. So count to 4 in rhythm with the music and that should be one bar. After the intro there is an 8 bar hook and then the verse is 16 bars going into another 8 bar hook followed by the rest of the beat.

I hope this has helped you in determining what a bar in rap music is. I hope this helps you to understand the technical side of rap music more and helps you create some nice music! I’ve posted another article further describing how to count bars so check it out if you want more information on the topic.

I’ll be posting more information on topics like this soon: like how many bars are in a verse or in a hook and much more.

If you have any questions feel free to comment below or shoot me a message via the “contact” tab in the menu.