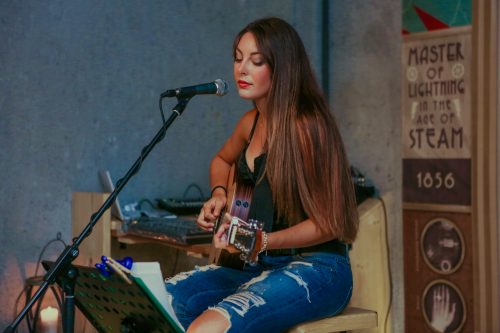 If you are a rapper, singer or even a producer/beat maker you have probably pondered the question: How many bars in a verse? Or, How many bars should be in a verse? …as if there’s a predetermined set number. That’s the point I really want to tackle in this post: There are traditional answers for this question of how many bars to use in a verse, but there’s really no right or wrong answer.

Related: How to count bars

Related: What is a verse?

For years we’ve heard the standard bar length for a verse is 16 bars, especially in rap music. Sure, this is a good standard for the average rap song, but I think a lot of this was just people copying each other or just going along with the trend. There are many factors that should determine the length of a verse in a song.

Let’s get right into these factors:

1) What’s Your Vision for the Track?

The most important thing to consider when determining how many bars will be in a verse is the vision for the song. The creator of the song needs to stay in the seat of creator throughout the process. Don’t let standards or tradition hinder you or keep you in a box. Many times we can have ideas that really come to life inside of us but we trim them or let them go altogether because they don’t fit in the box of tradition or mainstream. Keep that freedom and creativity flowing.

As you flow in the vision for the track, consider these next few factors.

This question along with the next 2 questions should go hand in hand with determining how long a verse is in a song. Obviously, the length of the song is going to be an important factor in determining how many bars in a verse to use. Most of the top songs on the BillBoard Top 100 are under 4 minutes. While not a rule or a must-do, it is a revealing trend. People tend to like shorter songs rather than something that is too long and feels like it drags on. But, there are also hits out there that are well over 5 minutes long. So again, let your vision for the song be the #1 driving factor.

Determine how long you want the song to be. Do you want it right around 3 minutes long? Or do you want it closer to 4 or 5 minutes? Let your vision for the song unfold and see where you are at time wise.

Combine this logic with the next 2 questions.

3) What Is the Tempo Of the Track?

The tempo of the beat or track is usually measured in BPM (beats per minute). Normally, when the tempo is on the slower side, then there might be less bars in the verses than if the tempo was at a normal or fast pace. For example, if you have a pop song that is at 120 BPM and a trap song that has a tempo of 65 BPM, then there probably aren’t going to be the same number of bars in the verses of the songs. It’s possible, but not likely.

Now, lets get to the last factor I will discuss.

4) How Many Verses Are In the Song?

It’s becoming more and more common for songs to have only 2 verses in them compared to the 3 verse tradition. I don’t mean 2 verses and a bridge. I mean 2 verses only. Much of the reason for this is due to the slower tempo of songs and the longer hooks that are in songs nowadays. People are putting more bars into the hooks and emphasizing the hooks. Therefore, bars are in a sense being trimmed from the verses. But, again, this is not a standard…this is a trend that is moving out from the traditional 3 verse song.

So, it’s up to you to determine how many verses you want in the song. If you want 3 verses in a song then they probably won’t have as many bars in them as they would if the song was only going to have 2 verses. For example, a 2 verse song might have 24 bar verses whereas a 3 verse version of that song might have 16 bar verses.

When I make beats I have to figure out all these questions for myself. Sometimes on slower tempo beats (65 BPM for example) I like to use the 2 verse version because it fits within the length of the song that I desire, but they still might only be 16 bar verses. If I use a 3 verse approach I’ll probably only make the verses 12 bars each, but it still makes the song much longer than the 2 verse version.

Conclusion: How Many Bars In A Verse

But again always remember: Your vision and creativity flow for the song is the most important factor.

What’s your opinion? Should a verse be a certain number of bars or measures? What’s been your experience? Comment below!