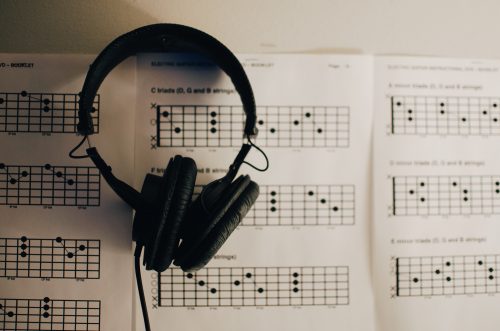 Most people in the music industry, especially the rap music industry, know what a “bar” is. Even most fans of music have at least a brief understanding of what a bar is. But if you are an artist (whether it be rap, pop or r&b) then it’s also important to know how to count bars in a song. In this post I’m going to share with you:

1) The importance of counting bars

2) How to count bars

Why Is It Important to Know How to Count Bars?

If you know what a verse is and what a hook/chorus is, then you’ve got some song structure right there. Lets add in a bridge as well. Well, understanding how to count bars takes the song structure to a deeper level. With counting bars, you are now able to determine the length of each verse, each hook and the bridge with a specific measuring tool. And when it comes to making your own music, this is crucial when you are setting up your own verses, hooks, and bridges. For example, you want to know how many bars are in a verse etc. Understanding the measurement of bars really helps to grasp and organize each section of a song.

Now, let’s get into the practice of actually counting bars.

How to Count Bars

Counting bars in a song is fairly simple once you figure it out. And the great thing is that you don’t have to have a brilliant ear for music to grasp it.

A bar is going to consist of 4 beats or 4 rhythms of music. It’s as simple as counting 1, 2, 3 ,4. For example, if you have a standard pattern of “kick, clap, kick, clap” then that is going to be a bar. Then, every time that pattern repeats itself that would be another bar. Normally if you hear the clap or snare hit twice in the songs natural rhythm and drum sequence, that would be one bar measurement. But, remember, the key is counting the 4 beats of measurement. Usually a kick is hitting on the 1st and 3rd beat and the snare or clap is hitting on the 2nd and 4th, but there can be variations.

Let’s Try It Out

Now that you have a basic understanding of counting bars, let’s put it into practice. I’m going to share a couple of different style beats of mine below. Play them and practice counting the bars starting at the beginning. It will probably seem more difficult during the intro if there isn’t a kick or snare hitting on the rhythmic beats, but once the drums come in clarity will come.

This is a more upbeat faster tempo track. The BPM is 111. This beat is actually a little more complex than the next one so don’t be discouraged if you have some trouble with it.

Could you determine what the intro was without hearing the drums? The answer is 8 bars. After that there is an 8 bar hook and then the verse begins.

But, did you notice the slight switch up? That the snare doesn’t hit until the 4th rhythmic beat when the verse drops? Normally the snare is hitting on the 2nd beat and the 4th beat. The switch up continues for the first 8 bars of the verse and then the normal drum sequence comes in for the last 8 bars of the verse. So the verse is a total of 16 bars and the hook is the 16 bars following the verse. Then, there is another 16 bar verse followed by another 16 bar hook. Last, there is a final 16 bar verse followed by the 16 bar hook. To close it the hook plays for another 4 bars with drums and then the last 4 bars without drums.

Ok this beat is a bit more simple. The BPM is 127. The intro is 8 bars long. You can hear as the snare hits every two times, that is one bar. While it is at 127 BPM, the rhythm of the beat and drum sequence is slowed due to the style of the song. So in actuality it makes the beat more like 63.5 BPM. You can almost count half as fast the 4 beats “1, 2, 3, 4” as you did for the previous beat that was 111 BPM.

I Hope This Helped You!

I really hope this shed some light on counting bars for you. As you practice it more, it will become a very simple tool for you to use when making music.

Did this help you at all? Feel free to comment below!