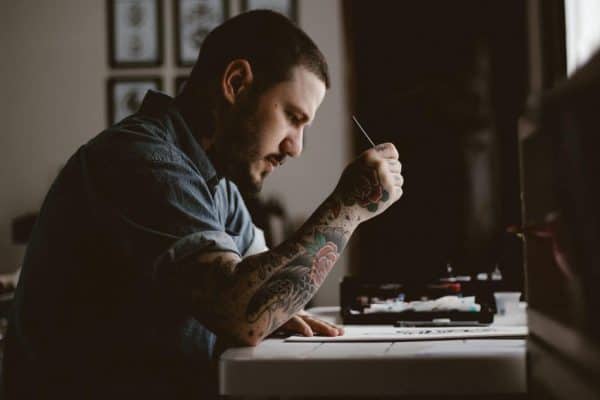 In a song there are certain elements of the song that actually make up the song itself. For example, in most modern day music today, most songs contain an intro (introduction), 2 or 3 verses, sometimes a bridge and the hook or chorus. Some might even include an "outro" or ending. So when listening to music or making music it's important to know what you are listening to. Believe it or not, there are at least 500-600 searches per month entitled: "What is a verse in a song?"

So, in this post I'm going to discuss what a verse is.

So, What Is a Verse in a Song?

Great question! The verse of a song is the section of the song structure that really allows the artist to go in depth of the song's message or theme. The verse should relate to the chorus/hook of a song while offering more detail, insight and substance to the song's theme than the chorus does. For example, when looking at an album cover or the song list you will find the titles of the songs. Usually the title of the song will also be found in the chorus/hook of the song as well. The verse then further describes the message of the song and provides more depth and understanding for the listener. This is the same across the board whether it's verses in rap music, pop music or any other genre of music.

The verses really help the listener to relate to the artist and message of the song. They also provide the most individualistic section of the song as well. When multiple artists collaborate on a track, each artist will normally have their own verse to share. This allows each artist to express their own individual message in the song, while still relating to the title and theme of the song.

A verse is usually anywhere from 8 bars to 24 bars long, depending on the genre and tempo of the song.

Related: What is a bar?

Where Are the Verses in a Song?

You will also find songs that start with an intro and then they go straight into the first verse followed by the first hook/chorus. Of course there are other assortments to song structure, but these are the most popular I'd say.

If you are having a hard time distinguishing where verses are in songs, remember that the chorus/hook will usually repeat itself throughout the song. Each verse will normally be different from the rest.

I Hope This Has Helped You!

I'll be sharing more posts about what a hook/chorus is and what a bridge is as well.

Feel free to leave any comments, questions or feedback below!